What is the difference between blackout and dimout blinds?

What is the difference between blackout and dimout blinds, and what does “dimout” mean anyway?

Basically, dimout blinds are blinds that will reduce (often greatly) the amount of light entering a room when the blinds are closed. However, they don’t turn the room pitch black or block the light entirely; this latter is the role of blackout blinds.

Blackout blinds are the type of blinds many people want in their bedrooms to stop the sun from waking them up, and the idea with blackout blinds is that they’re made of fabrics or materials that are totally impermeable to light, and allow zero light to enter.

When it comes to fabric blinds, any blind that isn’t specifically referred to as a blackout blind is known as a dimout blind. This means Roman blinds, vertical blinds, and roller blinds made of non-blackout materials.

When it comes to blinds made of hard materials like wood or aluminium (basically, Venetian blinds) these tend to result in a blackout effect being achieved as they’re solid, and so they can’t be classed as dimout blinds and don’t have a dimout variant or option.

What is the difference between blackout and dimout blinds in terms of light occlusion?

So, blackout blinds are meant to keep the light out entirely, and dimout blinds to reduce or soften it; but how acute is the difference between a blackout and a dimout blind in this respect?

Basically, it all depends! While the nature of a blackout blind is pretty binary – stops light getting in – dimout blinds kind of get graded on a curve.

Some dimout blinds will achieve what is to some people, almost a blackout effect; if it is bright out and the blinds are closed, they might be able to make out vague dark shapes of furniture when their eyes have adjusted, but the room will still be very dim. This might be the case for some better-quality Roman blinds, for instance, which are made of thick fabrics and then also lined.

However, dimout blinds can also come in fabrics that just really diffuse or take the very edge off light entering the room, but that’s as far as it goes. This might be the case on a bright day in a room with a roller blind made of voile.

Between these two extremes you have a range of other graduations all falling under the header of dimout blinds, so there is no fixed figure or set formula that dictates how much light dimout blinds let in.

The density of the fabric of a dimout blind does not always correlate to its quality either; this may be the case a lot of the time, but some dimout blinds are deliberately designed to be sheer and allow a lot of light in, such as the voile roller blind I mentioned above.

What is a dimout blind meant to do?

A dimout blind is meant to take the edge off the light to a degree – which can, as mentioned, be variable – but not to stop it fully. This is specifically what some people want for certain rooms or applications, in contrast to blocking the sun out as is achieved with a blackout blind.

It is also kind of a default option for fabric blinds; basically, if they’re not blackout blinds, they’re dimout blinds.

Blackout blinds have applications for non-sleeping rooms as well, such as if you’re a keen gamer and like to have full control over the light, or want to watch films in the dark to make them more immersive. Even people who do a lot of Zoom sometimes prefer blackout blinds, to negate screen glare and to enable them to get the lighting just how they want it.

Similarly, not everyone gets on well with blackout blinds in their bedrooms, as they find that blackout blinds prevent them from waking up naturally as the light levels increase, and that the feeling of waking up in the dark with no natural indicators of what sort of time it is can be very jarring.

In this type of scenario, a dimout blind would be a better choice, and as dimout is achieved on a scale, you can choose the sort of level of light your blind allows in according to your own preferences.

Can you see through dimout blinds?

This depends on the dimout blind and also, exactly what you mean by “see through.”

If you’re talking about whether or not you could see out through a dimout blind, the chances are that the answer will be no, unless your dimout blind is one of the very, very sheer types, like a voile roller blind.

Anything even moderately thicker than a voile fabric, however, and the chances are you would not be able to detect even vague shapes outside as a rule.

In terms of whether or not you can see through dimout blinds in the other direction; i.e., people outside being able to see in, this varies too.

During the day, people would be highly unlikely to be able to see into your room even if you’re using a voile dimout blind, unless it was darker out than in, and they were fairly close to the window. In this sort of situation they might be able to see anything from shapes and outlines to a dim but otherwise clear-ish view, depending on the blind.

At night though, if you have internal lights on, voile dimout blinds will give people outside a pretty clear view of what’s occurring in your home.

When it comes to denser dimout blinds and again, with internal lights on and darkness outside, people outside may be able to see movement or outlines particularly close to the window.

For thicker dimout blind materials, probably accounting for 50% or more of all dimout blind types, people outside would be highly unlikely to see anything of inside, other than the faint, lighter outline of the window compared to the solid external wall it is in, if that. 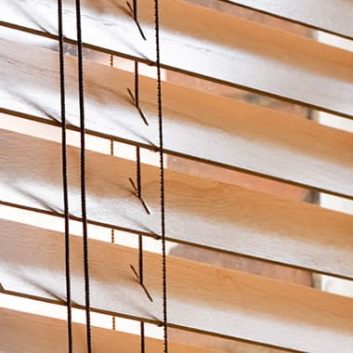 How thick are wooden blind slats?
By Polly Kay 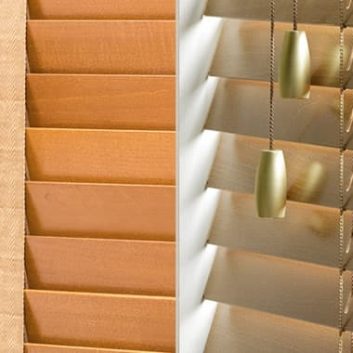 Should Venetian blinds be closed up or down?
By Polly Kay 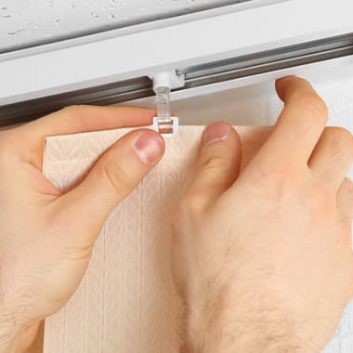 Can you fit your own vertical blinds?
By Polly Kay 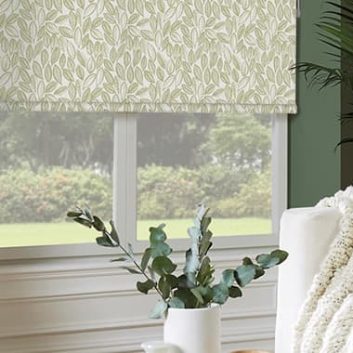 Are roller blinds in style?
By Polly Kay