How thick are wooden blind slats?

How thick are wooden blind slats? This can be variable, but good quality wooden blind slats are usually 3mm thick, allowing for a very small degree of variance across the slat as a whole in respect of the fact that wood is a natural product.

This is the sort of thickness you’ll generally find in good quality made-to-measure wooden blinds that are crafted from ethically sourced wood; like the environmentally friendly, sustainably forested basswood that we buy for our own wooden blinds.

In this blog post I will explain more about the ideal thickness for wooden blind slats, and outline why choosing a wooden blind with slats either thinner or thicker than this is probably a bad idea.

How thick are wooden blind slats on made-to-measure blinds, and why?

Our own wooden blind slats are, as mentioned, 3mm thick. Some retailers use 2.5mm thick slats instead in order to keep costs down, but we’ve found that even this small difference tends to shorten the lifespan of the blind, and can cause it to bow over time.

It is fairly uncommon for wooden blinds to be made with slats thicker than 3mm; this 3mm point is what we have found to be the “sweet spot,” and there are no benefits to making said slats thicker, and we have experimented extensively with both thicker and thinner options!

Once you get the sort of lifespan and functionality you need from the chosen slat thickness, you reach a potential tipping point where making the slats thicker and so, bulkier and heavier will actually work against you/your blind, rather than increasing its quality.

Why are 3mm thick wooden blind slats the ideal then? Because there is a balance to be found between ensuring that the slats support their own weight without bowing due to being overly flimsy, while also keeping the weight of the blind low enough to be operable without the need for huge muscles, nor the risk of serious injury while hanging the blind in the first instance!

We’ve found that making wooden blinds with 3mm thick slats provides them with plenty of structural integrity (and that even slats a shade thinner at 2.5mm thick tend to bow over time) without making them problematically heavy to fabricate, hang, and operate in standard sizes.

How thick are wooden blind slats on readymade blinds, and why?

It is not uncommon to find readymade wooden blinds from high street and online retailers at the lower end of the price spectrum with slats as thin as 2mm, or even potentially less; although most people would take a look at a blind with slats this fine and immediately start filling out the “returns” form, as slats this thin invariably look as fragile and flimsy as they indeed are.

Blinds with slats of 2mm thick or below will almost certainly bounce and flex when in operation, bow (and possibly splinter) over the course of a few months, and be easy enough to break that the average, not-even-too-destructive windowsill-occupying cat might herald their untimely demise in short order.

Readymade wooden blinds might look fairly prestigious at a glance, given that they’re made of real wood; but thinner slats can very much cheapen their appearance. However, the aesthetics of the thing is only a side game, and the reason for why readymade wooden blinds tend to have very thin, flimsy slats incorporates a few factors.

First up, readymade blinds of all types are usually made down to a price, not up to a standard. For this same reason, particularly if you’re in the market for wooden blinds because you want to incorporate natural and environmentally friendly materials into your home, I’d urge anyone considering buying readymade wooden blinds to check out the eco-credentials of the product/wood in question before buying.

If you can’t even find out what the wood is, where it came from, how it was grown and forested, and its environmental impact (or rather, how it is being produced to have a positive impact rather than a negative one) there is probably a good reason for this.

Brands are usually very quick to blow their own trumpets when they’re doing something green and good, but far less so when they’re making questionable environmental or ethical choices!

I’ve gone off on a bit of a tangent here because environmental and ethical sourcing and production is kind of a soapbox topic for me on a personal rather than/as well as a professional level, but moving on to the functional issues that come with thin wooden blind slats…

Using thinner slats keeps the cost of materials, import, production, and even shipping to the end retailer low, which is fair enough. However, wooden readymade blinds are made in only set common sizes, which are consequently usually intended to allow their buyers to alter them at home, cutting them down to size to fit their own windows.

As you can imagine, this isn’t going to be easy if the slats are fairly sturdy in the first instance, like 3mm slats; 2mm slats, on the other hand, will chop up just fine with a little hacksaw or similar, albeit I have yet to see or hear of a single blind that has undergone at-home doctoring of this type and not looked rough, raggedy, and tatty afterwards.

I have, however, fielded many emails from readymade wooden blinds buyers telling me that they basically wasted their money by ruining their blind before it even got as far as hanging on the window because they tried to cut it to size; or that their luckily-already-a-good-fit readymade wooden blind bowed and buckled after a few months because its slats were so thin, and are ours any thicker?

Yes. 3mm thick wooden blind slats is the benchmark. Ideally, buy them from us, but if you are considering buying a wooden blind from someone else, I strongly suggest you pick a retailer who has also worked out that 3mm is the correct thickness for wooden blind slats, and acted accordingly! 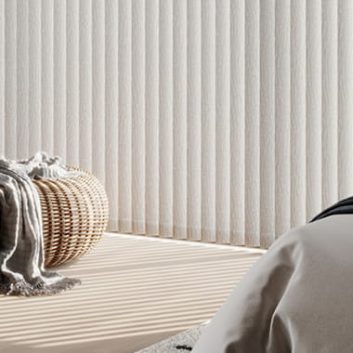 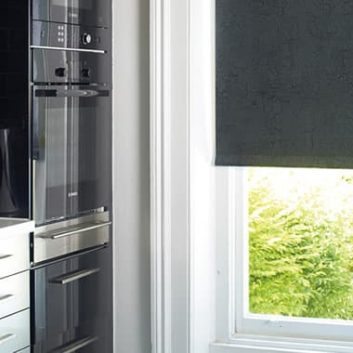 Should you have blinds in a kitchen?
By Polly Kay 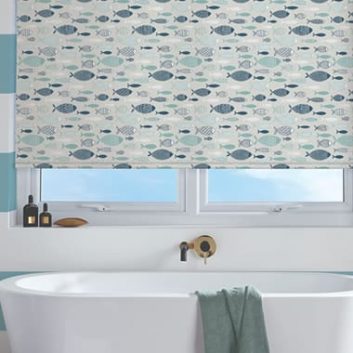 Do you need blackout blinds in bathrooms?
By Polly Kay 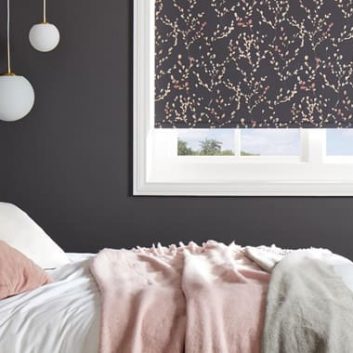